The Underground Railroad: a story of freedom on the BroomWagon Podcast 🚌

On the BroomWagon Podcast 🚌 Erick Cedeño aka Bicycle Nomad, who rode through the Underground Railroad. 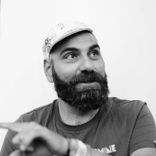 "Because when you seeking freedom, you don’t look at the consequences, even if you can die for it"
That sentence hit hard my soul, especially because I immediately visualized thousands of refugees fleeing from Africa and losing their lives on the Mediterranean Sea.
That sentence was pronounced by Erick Cedeño aka Bicycle Nomad who at the end of 2020 took his bike and moved through the Underground Railroad, to find those places where African American slaves moved on the shade to arrive into the free state of Canada and regain their freedom. And he did it as a person of color, in the elections weeks, even if anybody suggested him not to do it because people can be mean in the southern states in such a vibrant period of history.
He did it anyway, and he came back with his heart full of hope because nobody hurts a cyclist on his trip.

🎧 Erick told me a story of freedom, and anybody should listen to it. 🎧