Sofiane returned to probably the hardest ultra distance bikepacking race through the mountains of Kyrgyzstan. 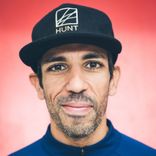 Sofiane Sehili recently released his video about his 2022 Silkroad Mountainrace called the “Sick Road Mountain Race”. The special thing about it? He raced in Kyrgyzstan 1 month after winning the Tour Divide 2022 in a thrilling time of 14 days 16 hours and 36 minutes in horrible weather and with deviations because of wildfires. AND he was sick before the race and definitely not recovered by the time he started. Spoiler alert: He won.
Read along for his stories from the road and watch the video (impressive he managed to film this much while winning a race.) below.

A few days before the start of this year’s Silk Road mountain race, I found myself bed ridden with a bad case of tonsillitis. For two days, I couldn’t do much but sleep, cough and drink tea. As the start got closer I got a little bit better, but on race day I was still far from being 100%.
For the first time ever, I was lining up at the start of a race thinking I had no chance of winning it. I felt so sick and weak. I was gutted to have traveled this far for not even having a shot at defending my title. 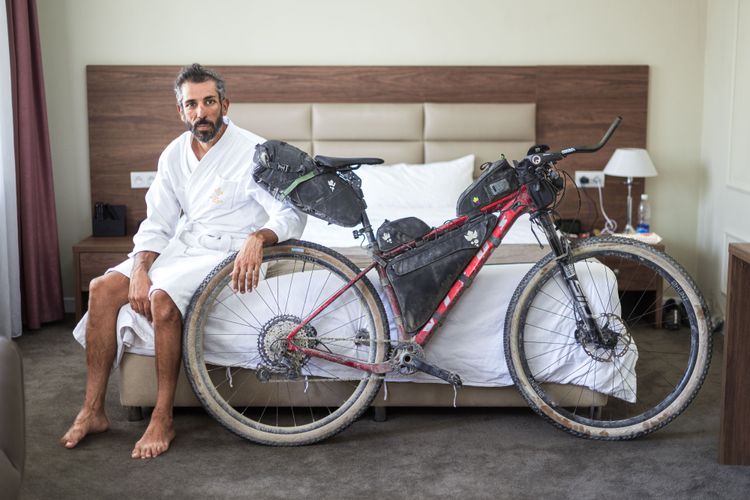 But deep down, a small part of me wanted to believe. What if I could get better while riding? The least I could do was try, so I showed up at the start. Diminished but not defeated. I got through the first day with my head rather than my legs. After 20 hours, I was only 2 hours behind the leader, Rodney Soncco. That felt miraculous. I went to bed with my chances in this race intact and was absolutely stoked about it. The part of me that wanted to believe grew bigger and bigger. I let go of my usual strategy of starting fast and digging deep with very little sleep. This seemed unsustainable given both my recent illness and the very little time I had to recover from my Tour Divide effort. Instead I made sure to get plenty of rest and be consistent during the day. As the race went on, I felt stronger. On day 3, I was back to being my old self: strong and determined. I chased patiently, going from 4th to first. Starting the halfway point of the race, I worked on solidifying my lead, taking a bit more risks and pushing my body a bit further. I pushed through the night to get to Naryn where I allowed myself an hour of quality sleep in a hotel. After that, I kept the same regimen of 4 hours of sleep every night. Even when James Hayden was chasing and getting closer, I chose to get good rest and push harder afterwards, rather than cutting back on sleep. We battled it out until the very end and I finished only an hour ahead of him. 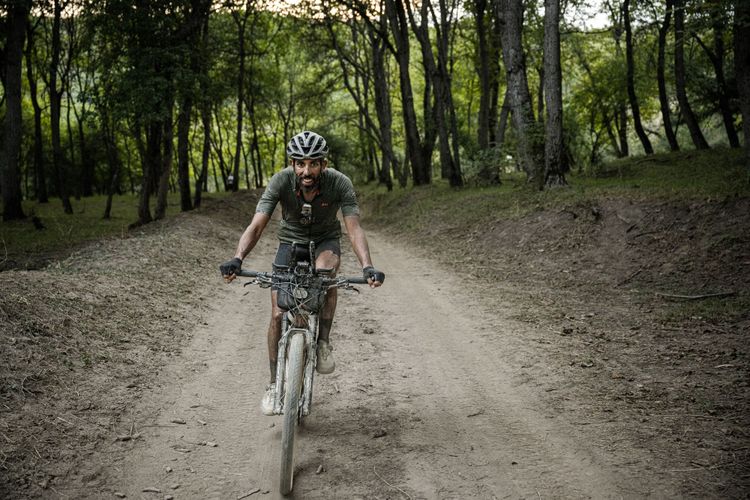 I enjoyed this race so much. Maybe because I never asked too much of my body. As a result, I was able to enjoy every moment. I rode this race as in a dream. It was highlight after highlight, with a truly stunning section from Naryn to Issyk-Kul, that had me convinced I needed to come back next year. I can’t overstate how magical Kyrgyzstan is. I don’t have enough superlatives to celebrate its beauty. Every day, the prevalent emotion I was feeling was how privileged I was to have the opportunity to ride here. 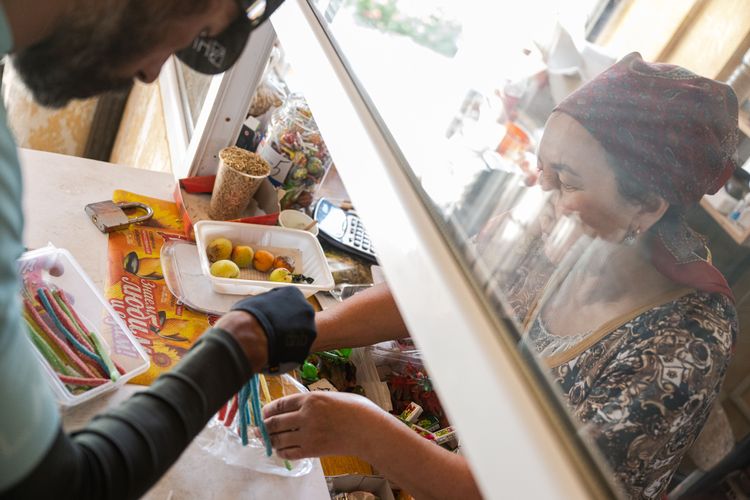 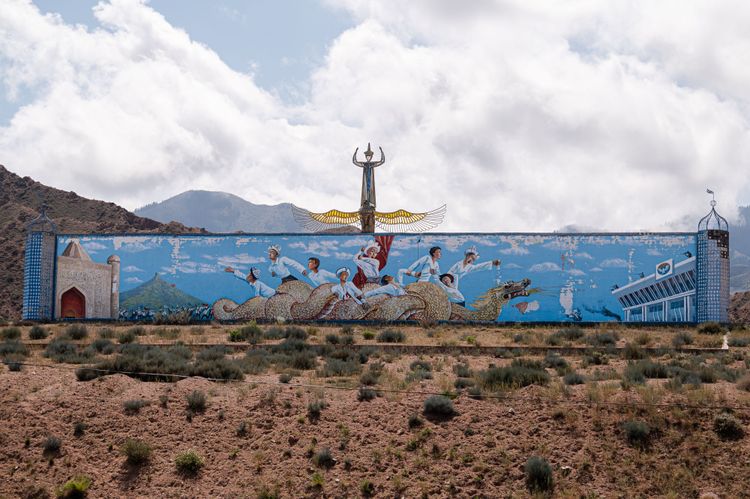 Of course I’m elated I managed to get another win here. But I might even be happier just to have ridden this course. The victory is the cherry on the cake. But the real reward, it’s the ride in itself. How can I describe the otherworldly experience that is the SRMR? Yes, it’s a race. But it’s much more than that. It’s an adventure of epic proportions that will leave you life-long lasting impressions. 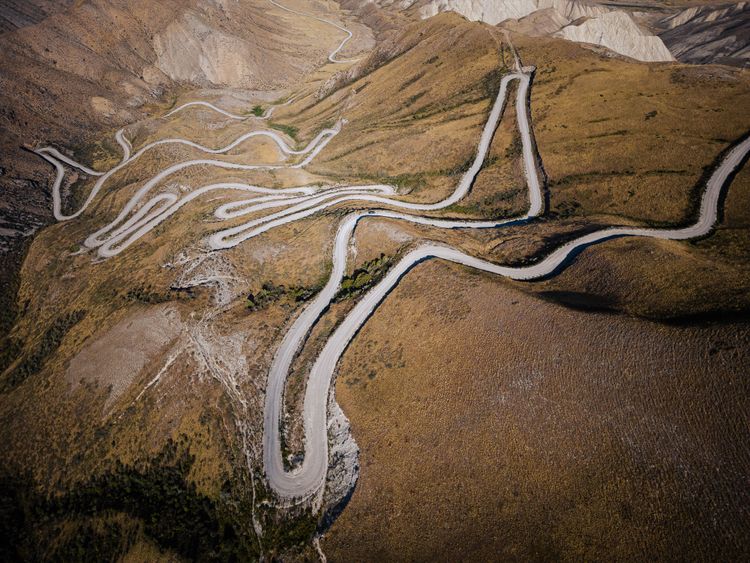 On top of the magical riding I was able to enjoy, there’s one way that my 2022 race differed from the 2021 edition. This year I found the time to share brief moments of the lives of the locals. I had a late night tea with a group of young men in a Mosque near Arslanbob. They offered me peaches and I must have eaten a whole kilo. A 15 year old kid on a horse invited me to spend the night in his family’s shack near the Arabel pass. I had dinner with them and tried kimiz, fermented horse milk, for the first time. A couple days later, a shepherd invited me to share breakfast with his family after I had bivied near his yurt camp. The usual tea with bread, jam and cream. 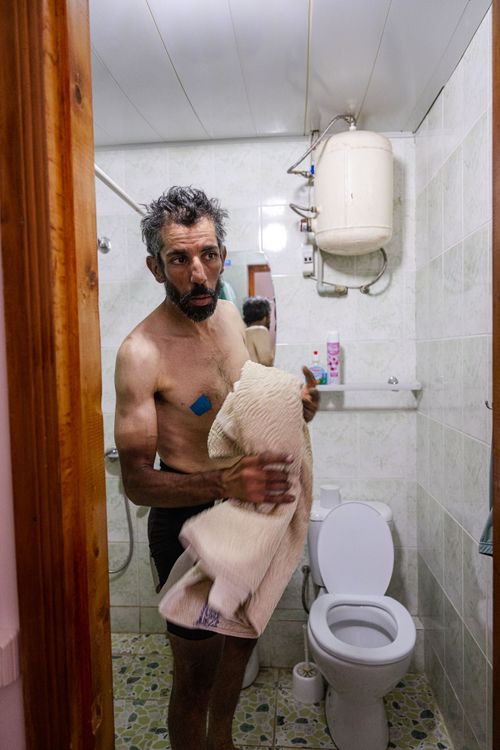 The Kyrgyz people is one of the most hospitable you can find. I received many more invitations, including people offering to drive me places or just give me a lift to get to the top of the climb. Of course, I had to decline.
This culture of friendliness and hospitality is one of the things that makes this event so special. And while it is a race, I was happy to sometimes snap out of it to fully live the experience of traveling in Kyrgyzstan. Something that goes beyond a contest to determine who is the fastest cyclist. 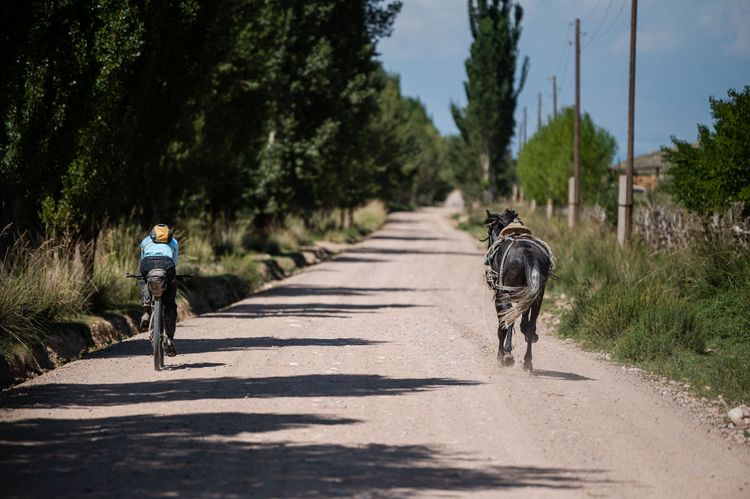 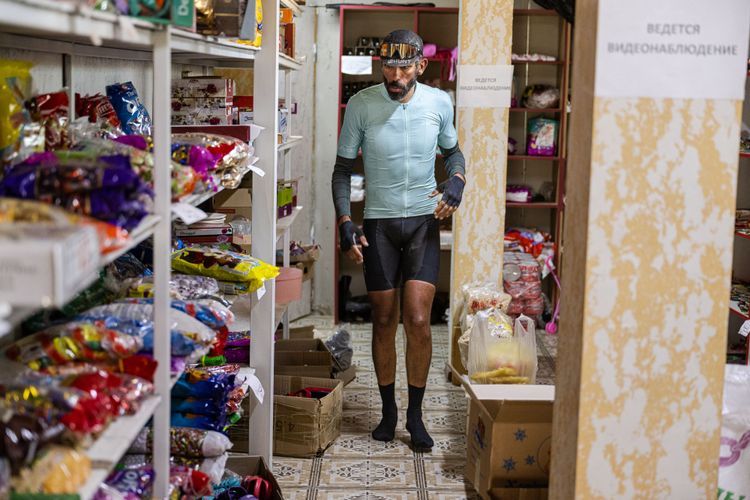 A Kyrgyz will never let you sleep outside in the cold. He will never leave you stranded or hungry. They live a hard life in a rough country and therefore tend to be a bit rugged, and perhaps not the most diplomatic of people. But behind this rough surface, they just want to get to know you and take care of you. 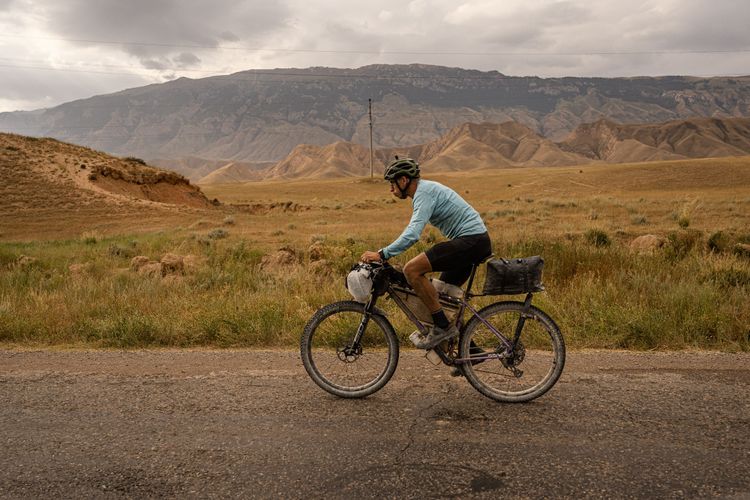 In the end, I believe this was my most memorable racing experience to date. First because it was a proper race; with worthy opponents and the need to ride to the best of my abilities to prevail. And second, because I went much further than just racing. It was as beautiful as it was hard. It was as magical as it was wild. It was as remote from my everyday life as a Westerner as any life experience can be. It filled my soul so entirely that I don’t think I can ever forget it.

I’m an ultra-endurance racer and adventure cyclist based in Paris, France. Since 2010, I’ve toured over 100.000km, visiting more than 40 countries on 5 continents.

In 2016, I took part in my first bikepacking race: Tour Divide, from Canada, across the USA, all the way to the mexcian border. This marked the beginning of my career as an ultra-endurance athlete. In 5 years, I have competed in 15 ultra-cycling races, winning 7 of them.

I live and breathe for cycling. A pure and unaltered passion that has shaped my life for the past ten years.

I am proud to be supported by the following brands: