The "Red Baron" - Dominik once was a professional cyclist at the highest level. A lot changed since then.

Dominik and I met during the 2 Volcano Sprint 2020 in Italy. An unsupported, ultra distance bikepacking race from Vesuvius to Etna in Italy organised by Juliana Buhring. I was surely at the sharp end of the race chasing James Hayden at probably 35km/h with still around 1000km ahead of us. Suddenly a rider rocks up next to me on an old road bike with Carbon rims and rim breaks. He is rocking a red mullet and a moustache. He smiles at me: “Wow, that is quite a fast pace right from the start! I’m Dominik.” 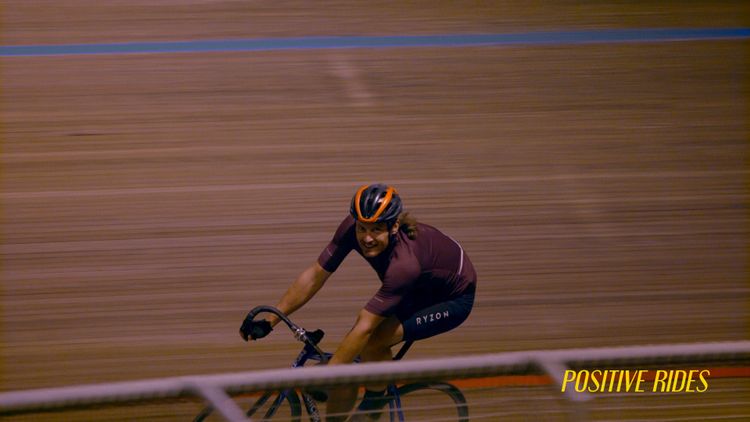 We had a quick chat and we met again at the finish, where Dominik stayed in the same guest house. We had some very nice breakfast conversations before we had to head home again. Only after it struck me: Dominik Roels, Ex-Pro who rode for Milram, the “Red Baron”, I know this guy from my youth days racing road races and being obsessed with all things pro cycling. He recently released a film with veyvey films called “Positive Rides - The Race Within”. Now is the time: we need to learn about Dominik, who he is, what he achieved, what is he doing now and how did he get to bikepacking.

Tell us about Dominik? Where do you come from and what defines Dominik?

Hallo! Well, I come from Cologne (raised in a suburb, now I live in the center). I am a sportive young adult that has many interests. Interest in people (myself and others), nature and many other things. (Currently working as a Doctor in Hospital and having become Daddy of a sweet girl limits my time to pursue other interests than these two 😉)

Not having lost fun in the sport after realising that racing on the Pro-Level wasn’t psychologically healthy for me, was an important success too.

You raced for the German Milram team in the World Tour, you really went all the way! How did you get into road cycling? What was your biggest success, or even personal victory during your career?

Having completed 2 Grand Tours, becoming 3rd in one of the Stages and carrying a (combination ) Jersey in one of those, I would definitely outline those as personal Highlights. But generally I have to say, that not having lost fun in the sport after realising that racing on the Pro-Level wasn’t psychologically healthy for me, was an important success too. 😊

Your pro cycling career was rather short. What happened? Why did you retire so quick?

Well, mainly the Team Milram lost their main sponsor and therefore the last big Pro Team of Germany went out of business at the time.
I in the end have always called it a good coincidence. Suffering from an eating disorder followed by depressive periods I was probably better off going travelling and exploring other interests than forcing myself any further in the corset of Pro-racing. It is understandable that in the highest level of sport there are high demands towards athletes and of course the pressure is high. However, do you think the system of pro cycling has some flaws in the way it treats athletes. How could this change?

Well I suppose there has been quite some change during the last 10 years (after I quit) and Teams also work more and more with psychologists. They also permit some young promising talents some more time off if they see the danger of burning them out. Unlike my 87-100 competition days per season without much chance of any real time off . 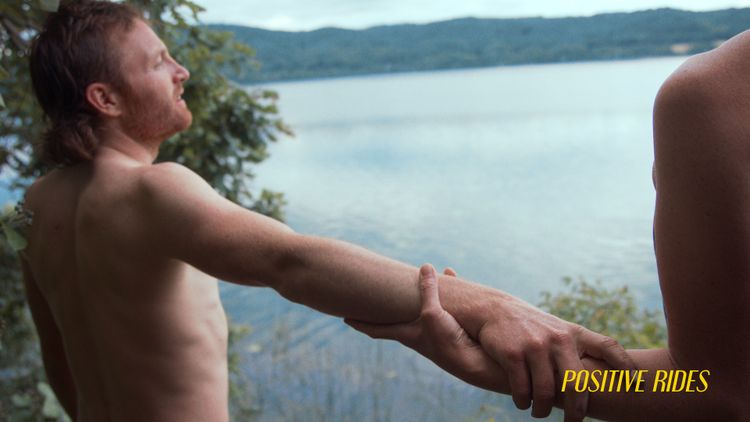 You were truly driven and successful in sports, but you didn’t exactly take the easy way afterwards, too. What do you do now? How did Dominik evolve?

As mentioned I studied Medicine and work as doctor. At the moment in internal medicine. But I might take the turn towards psychological medicine… we will see. 😉 You are riding your bike again (Yay!). How did that change? Do you still enjoy the same things as before when riding a bike?

Except for a few month during travels after my last season I always rode my bike. And especially when studying it also gave me a good getaway to keep balanced.

Ok that’s amazing, but also you picked up bikepacking. How did you get to it and what is your favourite part about bikepacking?

Actually during my (almost one year long) travels I started bikepacking the first trip was so far also the most hardcore one. I crossed Java, Indonesia on a borrowed bike. On that same journey I did trips in Australia and the United States.
Well I guess we all know the feeling of freedom, travelling on a bike with little baggage, but just enough that you can camp wherever it is just splendid. And a plus I feel is the great fitness one gains during a bikepacking trip. 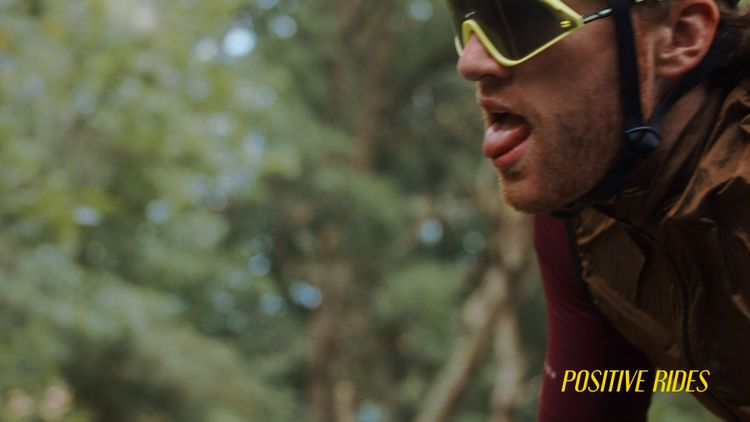 Bikepacking just as a form of touring or ultra distance racing?

The mentioned 2 Volcano Sprint was my first ever Ultra race so far. And well I scratched… One reason was surly my not perfect material (brake pads for carbon rims wear off rather quick on super steep, wet muddy decents 😉), but at the point of scratching I had proven a lot to myself. I had the feeling that I myself I didn’t need more (for this time). And actually being supported and cheered by my dot watching friends got on my nerves, because to me it didn’t feel much like a race where I wanted to catch someone but rather to “do my own thing”.
Well maybe I’ll do another one some day. But I would prefer to start as a pair, as also the rule not to be allowed to support one another is a bit against my style. 😜 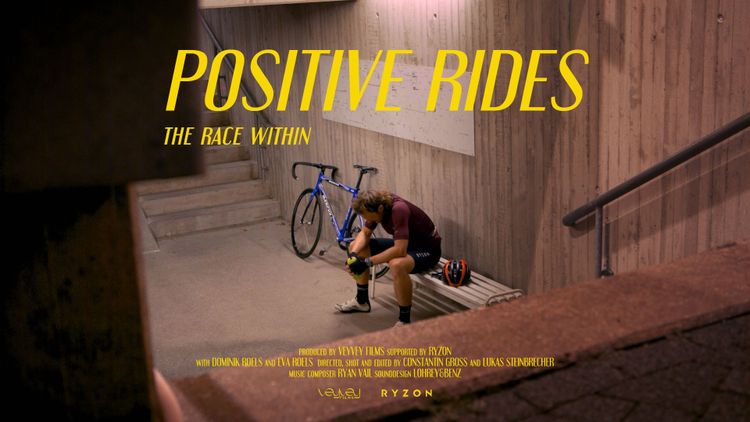 Tell us about the film “Positive Rides - The Race Within” you did with veyvey films. What is it about, why should we watch it?

The Little Doku tells… let’s say the story about me and cycling and alights the mental problems that came with the stress of professional sports. This can certainly be translated to many parts in our high performance society.
My good friends of Veyvey films -I think- did an amazing job on this! 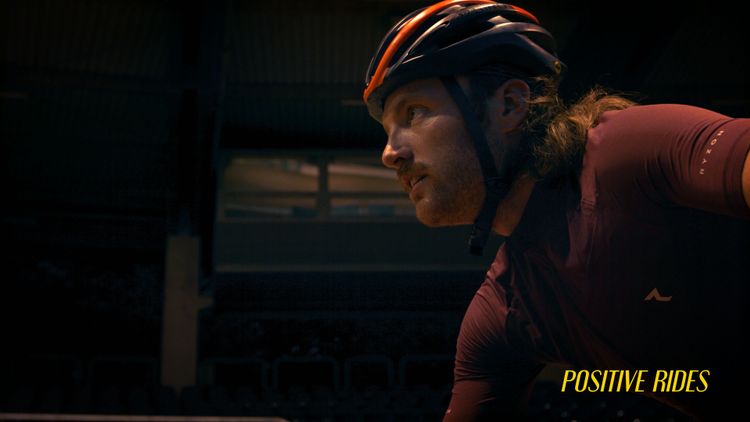 What’s next for Dominik?

Well, becoming a parent and trying to stay in shape, is quite a challenge on it’s own I suppose. 😊

Dominik is clearly one of the more colourful characters i got to meet in the world of cycling. Most remarkable is his positivity and that he simply can’t be bothered with all the weird “rules” the world of cycling tries to to put on us. The Film “Positive Rides” really puts light on an important factor we often phase out especially in professional sports: our mental health. I am glad we are slowly progressing in our society towards being able to speak about those topics.