Jan Koller is an Austrian ultra distance athlete from Lower Austria. He is an experienced road racer and a promising talent in Ultra unsupported bikepacking. However, his rookie race the Three Peaks Bike Race 2021 from Vienna to Barcelona didn’t go quite to plan. Get all the insights and his amazing stories here! 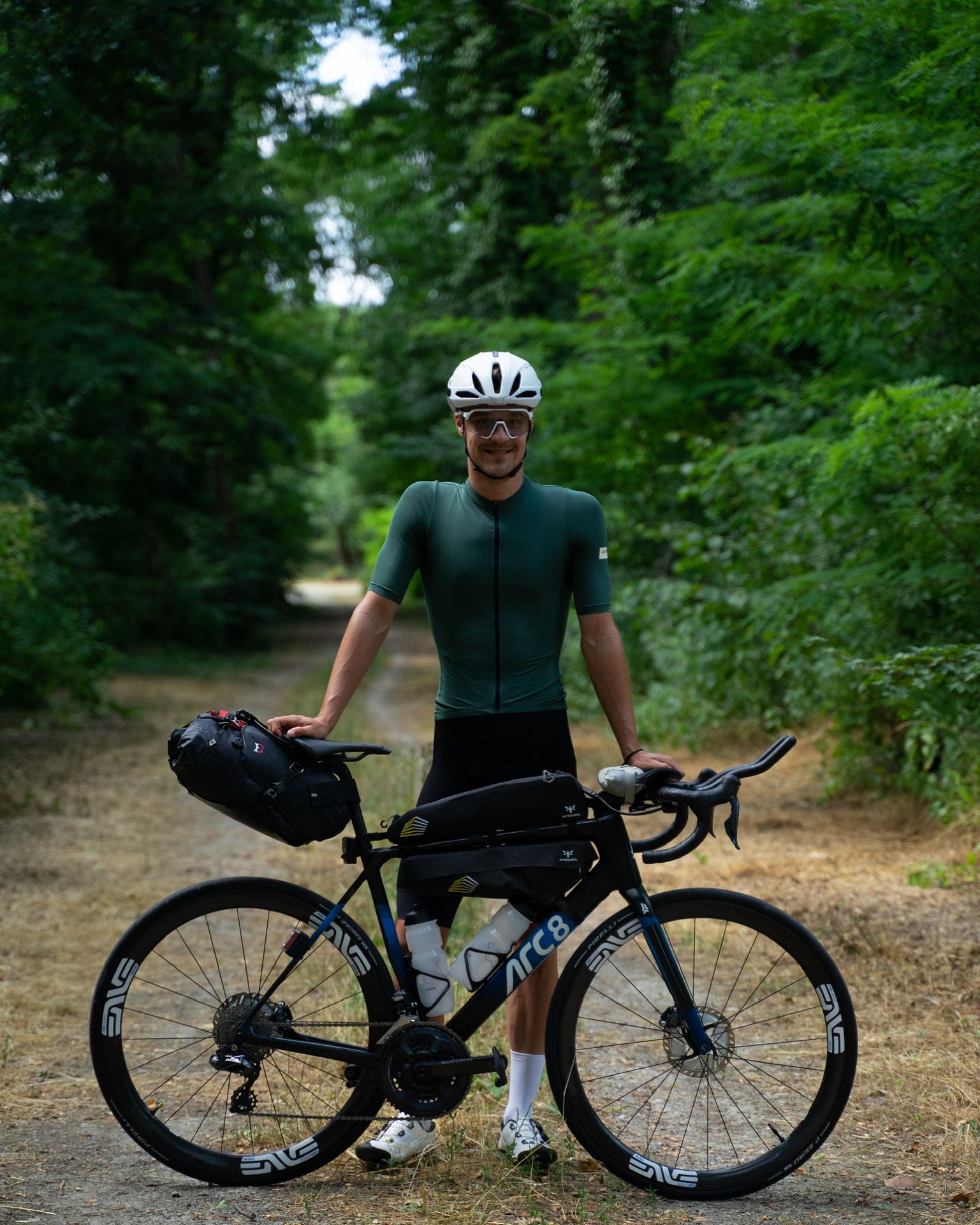 First I’d like to say it was my first ultracycling race ever. Nevertheless my ambitions were quite high, due to the fact that I am a former semi-pro cyclist - so speed and power are not a problem. Although when it comes to multi day events, knowledge and experience is super important, or even more useful than being able to push good watts.

The Three Peaks Bike Race drew my attention, right from the first time I heard about it. It’s an unsupported ultra cycling race, which starts in Vienna and finishes in Barcelona. There are three mandatory checkpoints (Mangart Saddle, der Männliche and Col du Tourmalet). Every rider has to plan his own route between these checkpoints.

During my preparation I did a few 15h + rides where I gained some experience, but too little which I found out later.

Starting from the beginning. Well prepared I packed the bike rather on the safety side, when it comes to equipment and weight. Because, as you now know I had absolutely no clue what I actually needed.

I started with the first group in Vienna at 12:00pm sharp. I got out of the city quite fast, wind was fine and I was really hyped. The first stretch took me over the Semmering into Steiermark along the highway S6. Heading down to Klagenfurt over Judenburg and St. Veit an der Glan. Which turned out to be a good choice. I started the first real mountain in the late afternoon - the Wurzenpass (way too steep) 😅. Shortly after the border to Slovenia I met another rider (Adam Bialek) who later won the race. We climbed Vršic pass together, but he later dropped me, mostly because his bike had 5kg less🤷🏼‍♂️. After the descent, the stretch to Mangart Saddle CP1 started. Amazing climb. I arrived at 5:00 am at the checkpoint and had an amazing sunrise. The downhill to Italy was quite cold but good fun. Not sure why I exactly picked the south route, I think because i thought the flat areas in Italy are faster. It proofed to be wrong, headwind all day, 35 degrees and more made it tough. Especially if you have been riding 24h straight. The fact that it was Sunday and not a single supermarket had opened, didn’t make it any better. After around 29h of riding and approximately 3h paused time, I decided to call it a day and stopped about 40km after Gardasee in a hotel.

After resting short before Brescia, I directly went to a restaurant for pizza and beer. Because I didn’t know how my body would react to sleep deprivation, I decided to sleep for around 4,5 hours. Things came differently, although I was outside of any city, it was hard not to recognize that Italy won the European championships. My 5 alarms were set at 2:45 and the minutes after. Getting up wasn’t that bad honestly. The first hours in direction to Switzerland were quite nice and fast rolling. Entering Switzerland my knees started to hurt a little bit, but I was prepared for that. After climbing the Nuefen Pass which took like forever, the bad weather started to hit. 7 degrees and rain on top of the next 2 mountains. The second was the Grimselpass, the weather there was even worse, but it seemed that in the valley it would get better. Right before the parcour to „der Männliche“ CP2 i checked dotwatcher.cc and it seemed that I would meet Carlos Cap 52. We climbed the Grosse Scheidegg mostly together and met at the checkpoint again. Weather on top was that bad, that despite our strong bike lights we could only find each other, listening to our voices. 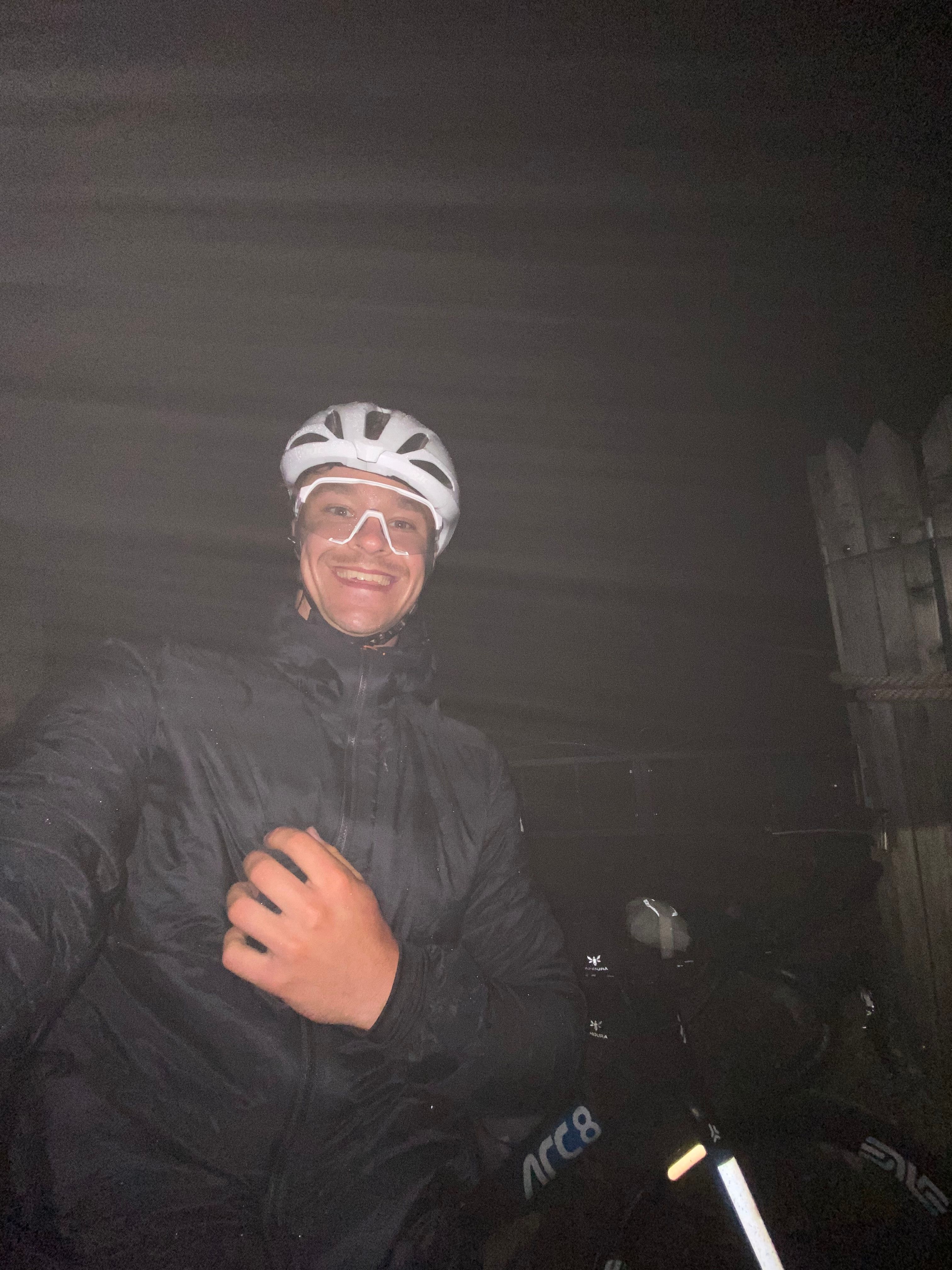 After a short chat we went back down together, direction Interlaken. I arrived at Interlaken after 12:00 am and everything was closed, in the last minute I could find a small Café which sold me 2 sandwiches. After around 19 hours riding time I just wanted to sleep. Everything was wet and my sleeping place wasn’t that glamorous. My only option was to put on all clothes, find a dry spot and get warm. As you can imagine the sleep was quite miserable. Now I think that night was my biggest mistake. Sleeping in partly wet clothes and not eating right. Nevertheless lessons learnt.

I slept for around 2 hours before starting again, the weather just got worse, the heaviest rain I ever cycled in, big streets turned into rivers. The temperatures went down to about 5 degrees, despite of wearing everything I had I couldn’t get warm. In the morning hours I oversaw a hole and crashed with around 30km/h over a sidewalk. Nothing hurt, so I kept going. Retrospectively my knee problems might have started to get serious at this point. The first big climb of the day was the Jaunpass not really long but at this point my knee was swollen that big I couldn’t push more than 200 watts and standing up was impossible. I tried to ride as easy as possible and get something to eat after the downhill. Luckily I found a Mcdonald’s in La Tour de Tréme, where I had a nice chat with the owner and even got invited to a coffee. Thanks again. After drying up and refuelling the day got better. On small roads I directed to Lausanne passing lake Geneva afterwards to Geneva and finally to France. The roads got better and it was quite fast rolling. But the last night and the constant rain left it’s mark‘s. My sore ass turned into a wound one. Not being able to sit on the saddle without nearly starting to cry. I tried to clean my bib shorts’ chamois and kept going until about 8pm, when I found a small hostel. Actually closed but Gregorie was really friendly and offered me a room for the night. After describing what I was doing here, he even invited me to his family dinner, which turned out later, was a special one. Despite the not really time efficient dinner, I was quite happy and thankful for some chat. The hospitality was incredible and I even got packed breakfast.

Started again at 2am, weather got better, but the pain in my knees and seating area was hard to handle. Partly I had to stop and walk up the hills. After around 2 hours and a short nap on a park bench, it got a little bit better. After grabbing breakfast in a bakery, I checked my knees and seating area, second turned out to be worse than assumed. My skin ripped and I had an about 3cm big inflamed wound. But I decided to ride at least to Montpellier. After 12 hours riding time that day, I arrived there but after a chat with a doctor, I decided to quit from the race. The risk of getting seriously ill was just too high.

To sum up, despite all the pain and frustration of not being able to ride faster just because of my knees, I had a really good time. And even more important I learned a lot for the future and can’t wait for the next races. 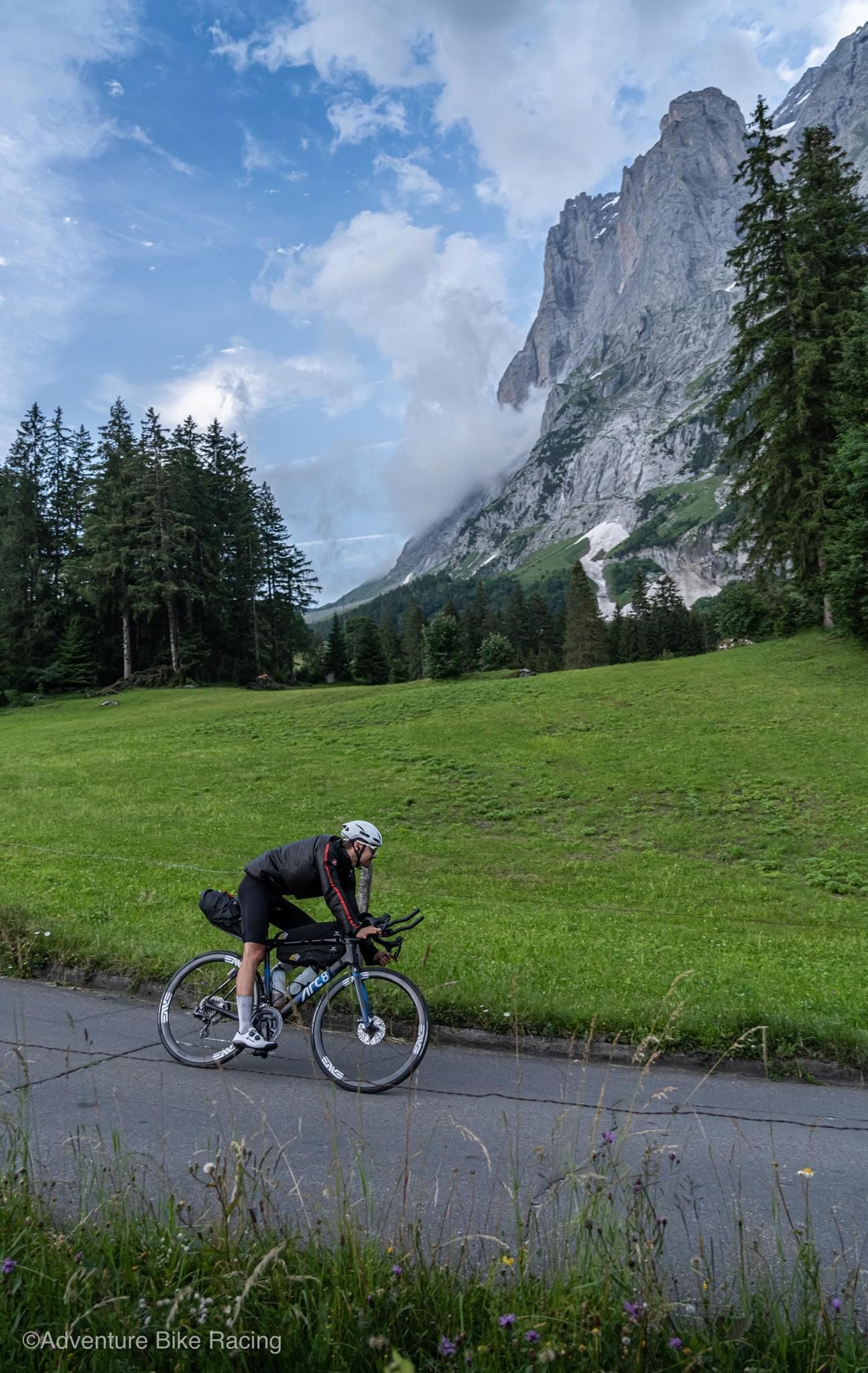 **Thanks to my Partners, I was well prepared for all difficulties. **
Albion
Bicycle.Workshop
Ruster Optik